Despite it also being super close to the due date, let us not forget that it’s just ten days until my birthday! I turn 32 on the 23rd. I received a birthday check from Grandma Bell in the mail and decided I’d treat myself to something slightly unnecessary, but something that also could pay off tremendously: a dashboard cam! The discussion had come up recently on Facebook where Walsh was planning to record Minnesota drivers disobeying the oft-neglected rule of zipper-merging. Also having just narrowly avoided a driver running a stop sign at night, I decided to invest in a cam.

So basically this tiny inexpensive camera will just suction to the windshield and record video while I drive onto a 32GB micro SD card. It differs from a normal video camera because it knows to overwrite footage automatically so I always have the most recent three hours of driving footage. If I need to use any of the video, I’ll plug the device into my computer and transfer the video clips I need before they get overwritten. This could potentially be useful if I witness an accident, or heaven forbid, I’m involved in an accident. It could also come in handy for bizarre random occurrences like that Russian meteor caught on someone’s dash cam, or a spaceship entering the Earth’s atmosphere.

Something like this may not be so useful in rural South Dakota, but in a metro area where I encounter thousands of poor drivers per day, it should pay off, or at least be entertaining.

I can’t wait for it to arrive so I can put together a highlight reel of driving clips to share! 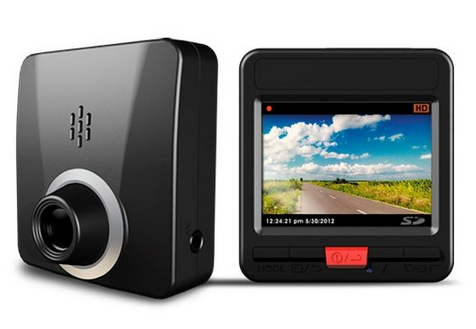