Last night it was an all-out downpour! We received almost 4″ of rain in 10 hours. What better way to spend a rainy night than marathon-watching the last half of the HBO series True Detective!

For months all my co-workers have been pestering me to watch the show. I think I might literally have been the only one on the Marketing team to have not seen it. So, we plowed through over four hours of the show in one sitting. At one point, during a particularly creepy scene, amidst the crashing thunder outside, our doorbell rang. I might be exaggerating but I feel like it was 10:00 or later. I opened the door a couple inches expecting a masked gunman to force his way inside, but it was the UPS man finishing up his badly delayed delivery route.

Anyway, the show was excellent. Great acting by the leads, Woody Harrelson and Matthew McConaughey. For a couple of wimps like me and Lauren who don’t normally have the guts to watch anything remotely scary, this was not the thing to watch right before bed on a stormy night. 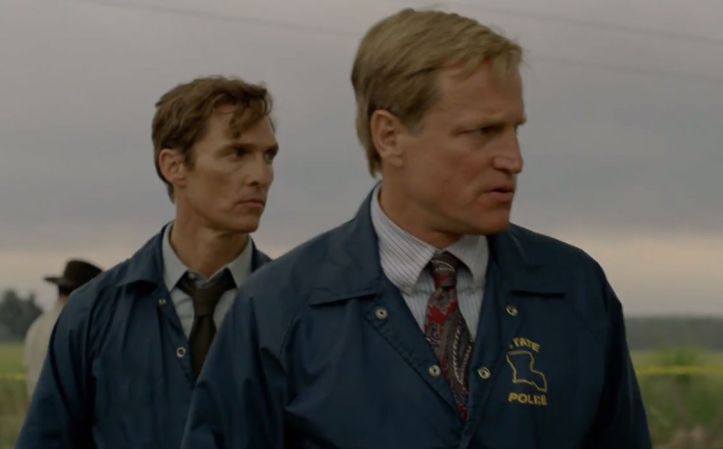