It’s easy to tease the Austinites for 158-plus accidents in the past day after a sweeping cold front brought ice, sleet, and trace amounts of snow flurries to our region. But I guess if this only happens once every five years or so, and the city isn’t equipped to deal with it, why should anyone expect the locals to know how to drive in wintry conditions? The roadways are built differently than up north also. These tall overpasses here freeze up instantly; you’d never see structures like that in Minnesota for that very reason.

Last night I braved the weather to go pick up a prescription. The pharmacist asked me on a scale of 1-10 how bad the roads were and I shrugged and said “3, maybe.” Then some other guy came in bundled up in a parka and ski mask and mittens and they asked him the same question and he emphatically said “TEN! TEN! It’s getting horrible out there!” All a matter of perspective, I guess!

My drive to work wasn’t much different than a snow day in Minneapolis except there were virtually no cars on the road. I actually did have to break out the ice scraper for the first time in Texas… good thing we held onto a couple! The worst thing that happened was the windshield getting dirty from whatever they spread on the roads for traction.

And now it’s almost all over and we can expect temps back in the 70s for the weekend. It was a fun little treat to get a tiny blast of Arctic weather, but I’m okay with it being melted and gone for another five years. 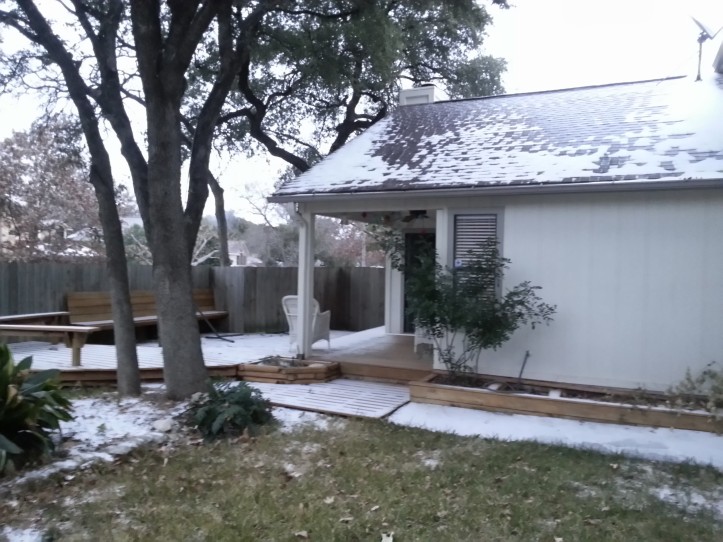 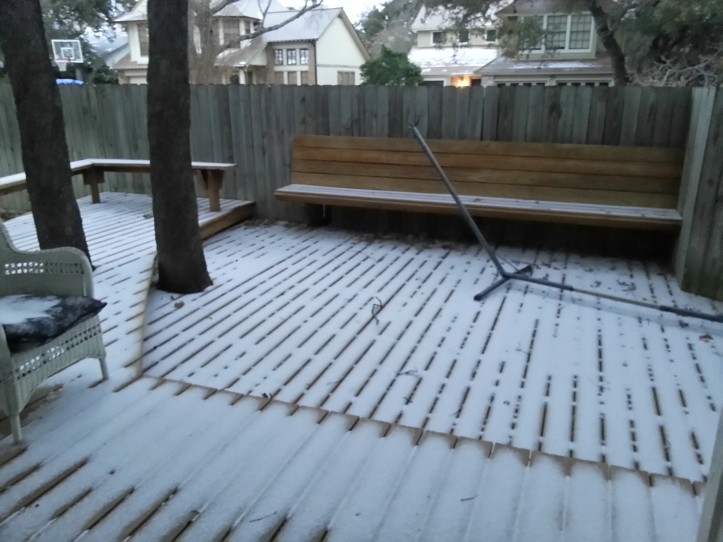 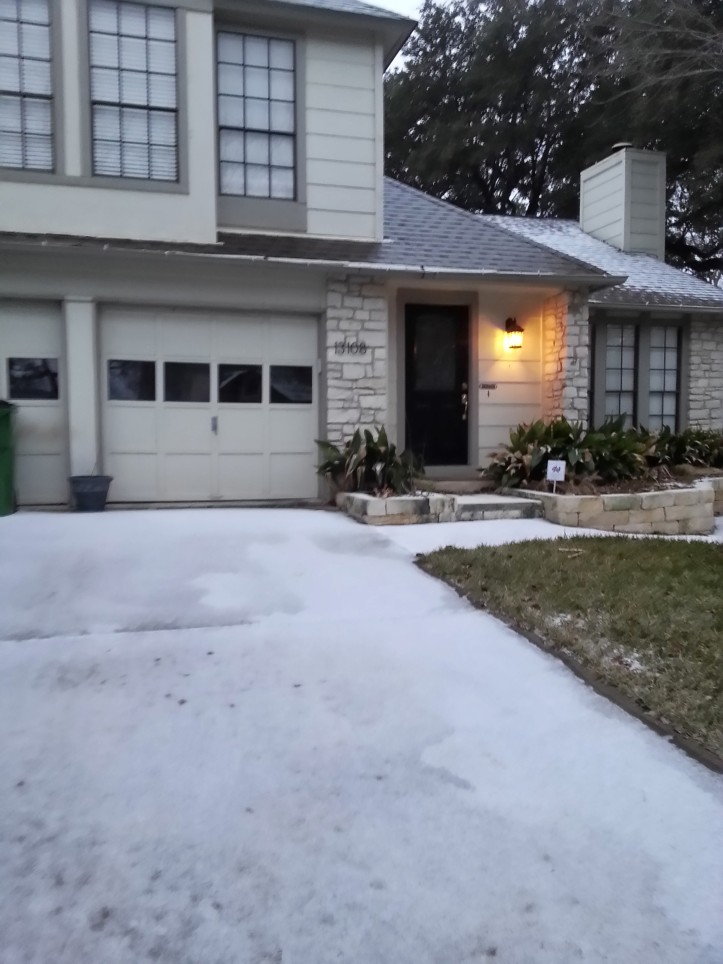 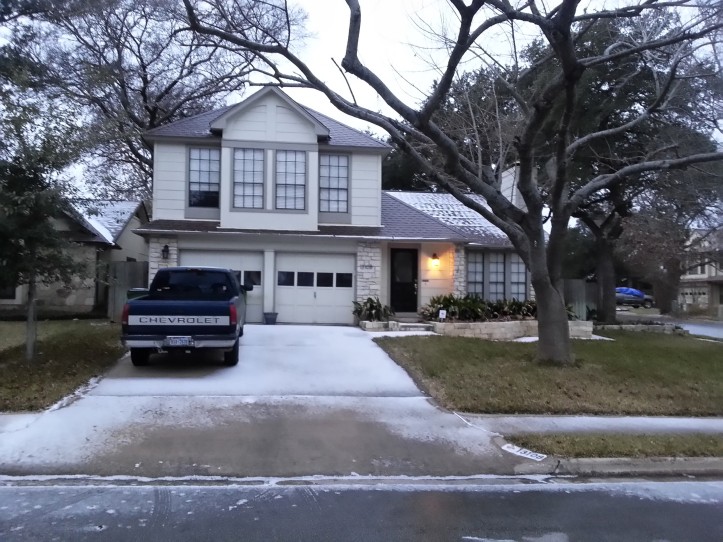